By Tawni Martin – Music Connections Foundation Administrator
Kindermusik entered our family’s life in the early winter of 1995. My husband came across some information about a fairly new music program in Bloomington, which included a class offered for very young children. Eager to begin, our daughter Brenna and her dad actually had to wait until mid January when Brenna turned 18 months, the starting age for Kindermusik at that time.
Music had always been a part of our household. Both my husband and I enjoyed many types of music and now we were enjoying the opportunity to share it with our daughter. Four years later, another daughter arrived and we were a double class family, always attending an evening class so that the girls could attend with their dad. To this day, I have wonderful memories of how the girls’ Kindermusik experience became woven into our lives, from dancing about the kitchen with Brenna to “All Around the Kitchen Cock A Doodle Doodle Doo,” singing Bell Horses, Bell Horses, and our youngest Kiera, accompanying her favorite Kindermusik songs with the drum set she created from my kitchen pans and a wooden spoon.
As a current Kindermusik parent you might occasionally ask yourself, “So what is my child really getting out of his / her class?” “Will the effects be lasting; will it really make a difference beyond these early childhood years?” Being the Music Connections Administrator, I could quote you all the research, share with you all the marketing information Kindermusik International has created to shed light on what we do and why, but what I would rather do is share the words below of my daughter Brenna about her Kindermusik experience and how it has impacted her to this very day. Brenna will be graduating with a degree in Music Education in May from ISU. As we prepare to share in the fruits of her labor at her senior recital next month and she begins student teaching in January, I ask that you look back with me to when Kindermusik touched her life. 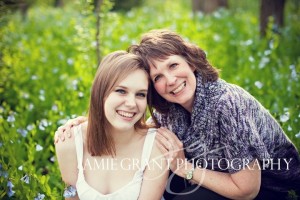 The Journey, by Brenna Martin
Music has been in my blood since I was a toddler. Maybe it was going to Kindermusik with my dad when I was little, my elementary school music teacher, or just the sound of my dad or my mom singing me to sleep every night. But it doesn’t matter where my love for music started, what matters is the impact it has on my life now and the fact that this passion that I have for it will not go away.

I will never forget being excited on Tuesday nights. Not only was it dinner at grandma’s with the whole family on my mom’s side, it was also the night my dad and I would go to Saint John’s Lutheran Church to participate in Kindermusik. I was excited to play with egg shakers and sing silly little songs that had no meaning to me at all. But all the same every Tuesday night I would open the door to the small classroom inside the church to find out what we were going to do this time. I wanted what was behind that door more than anything because I wanted something that I could say was mine when I was only three years old.

During my high school career I have found myself. Now I can see the imprints Kindermusik left on me as a child and how that one door opened to a world just waiting for me to discover. I have fallen deeper in love with playing my flute and I didn’t think that was a possibility. In the beginning of my junior year I was seriously thinking about quitting playing the flute. It was boring, and I was playing it because I was expected to, because it had been a routine and something I had always done. I never practiced and I began to lack the skills I had gained throughout my seven years of private lessons. No one could understand why I had suddenly changed from loving the flute to hating it. But a few months ago that changed. When Solo and Ensemble Contest came around, my private teacher Sally Hoffman had me play a piece entitled Le Rossignol (The Russian Nightingale). It was a challenging piece that involved playing high notes that only dogs would respond to and honestly I was terrified of learning how to play it. I didn’t think I would be able to do it. But I worked really hard and Sally never gave up on me. It was that encouragement that made me work harder than I have ever worked in my life. For the first time in a long time I wanted to succeed at playing the flute, I wanted to play this piece the best that I could, I wanted to conquer it. It was Le Rossignol that let me fall back in love with playing the flute again. It gave me another goal, something that I hadn’t done yet and something that I wanted to do that no one else could.

Another goal that I have set for myself is to become a music teacher. While I was still mastering the challenges of Le Rossignol, I had discovered something else about myself. I discovered that music is who I am. It isn’t just something I do because it’s fun or because it will get me into a good college. I make music because it’s a part of me and it always has been a part of me. Because of this passion I have for making music, I want to show other kids what music can do for them. I want to give that little girl the hope that she can become something great, I want to encourage children to do their best the same way Sally encouraged me, and I want to give kids something that they can hold onto forever, something that will make them feel the same way I felt when I got my first flute.

Music to me is so much more than dots on a page. Music is a journey to self discovery. Music is life. It can overwhelm a person with great joy, challenge someone to try something new, and on occasion it can break your heart. When I opened that door to the small classroom in Saint John’s Lutheran Church, I wasn’t expecting my life to be impacted the way I was, sometimes things just happen. But today I can honestly say I am glad it did. I could never ask for anything more than what playing the flute has given me. It has given me a fulfilled life, the love of a life time, and it has given me myself.